Termites are social insects belonging to the Isoptera infraordo, part of the Blattodea (cockroach) order that is widely known as an important pest of human life. Termites nest in and eat wooden furniture or house frames resulting in many economic losses. Termites are still related to ants, who are also social insects. Termites are also called “white ants” because of the similarity in behavior.

The term termite actually refers to animals in general, even though there are several different forms that are known, as in ant colonies or social bees. In colonies, termites do not have wings. However, some termites can reach the winged form that will come out of the nest in droves at the beginning of the rainy season (so it is often a sign of change to the rainy season) in the evening and flies close to light.

Termites are considered the most damaging insect pests in the world. Many buildings and structures are damaged by these pests each year and result in large financial losses.

There are 200 different species of termites in Singapore, but only a handful of them cause problems:

About 70% of property damage in Singapore is caused by Coptotermes species so that these termites are labeled as “enemy number 1” in Singapore.

This includes leaking taps, pipes and hot water pipes that overflow under or around your home. This fix will reduce the level of humidity, which attracts underground termites near or under your property.

Plants that grow on the side of your property structure make termites infest your building undetected.

Dead trees and stumps are ideal sites for termite nests. Discard these or treat them to reduce the risk of attack on your property.

Using Professional Anti-Termite Services is the easiest way to do because just by contacting Fumida Anti-Termites, your building will be protected from termites. 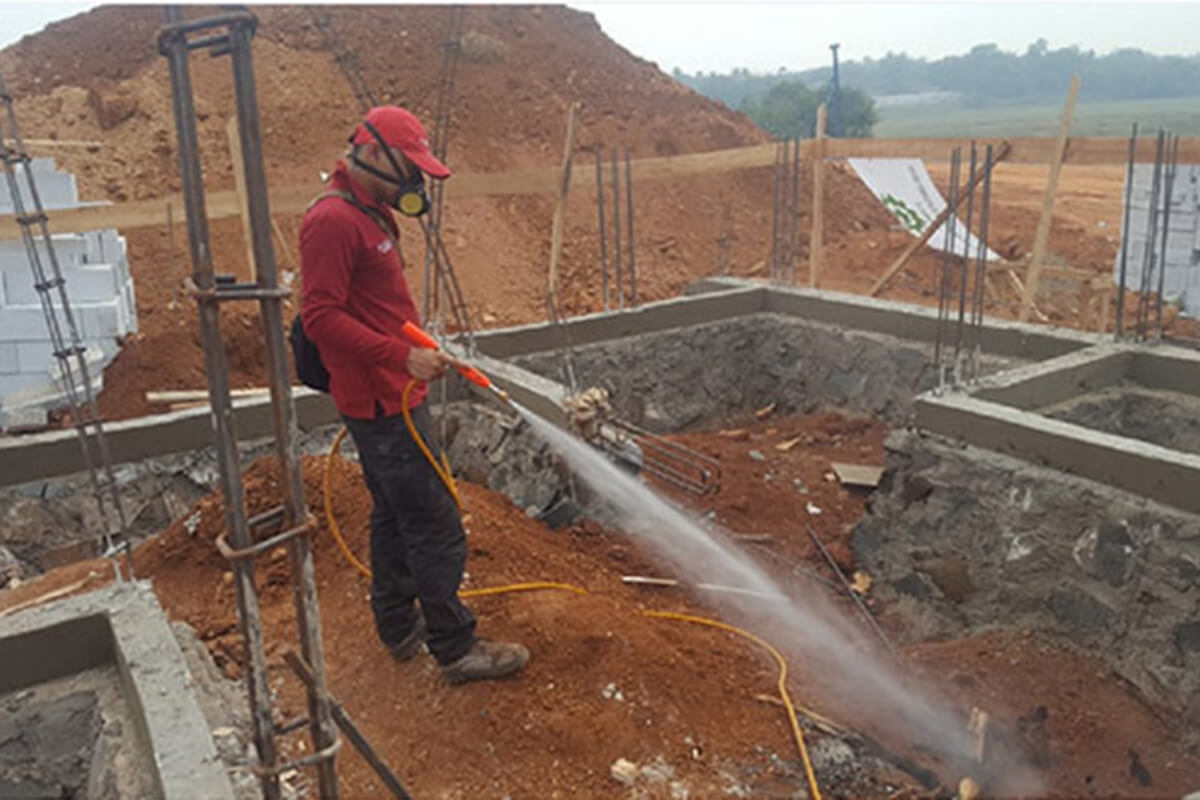 Anti-Termite Pre-Construction is an effective method that aims to create a chemical fortress that can protect buildings from termite attacks that can occur in the future. This method is carried out when the building is under construction or new construction is being started. 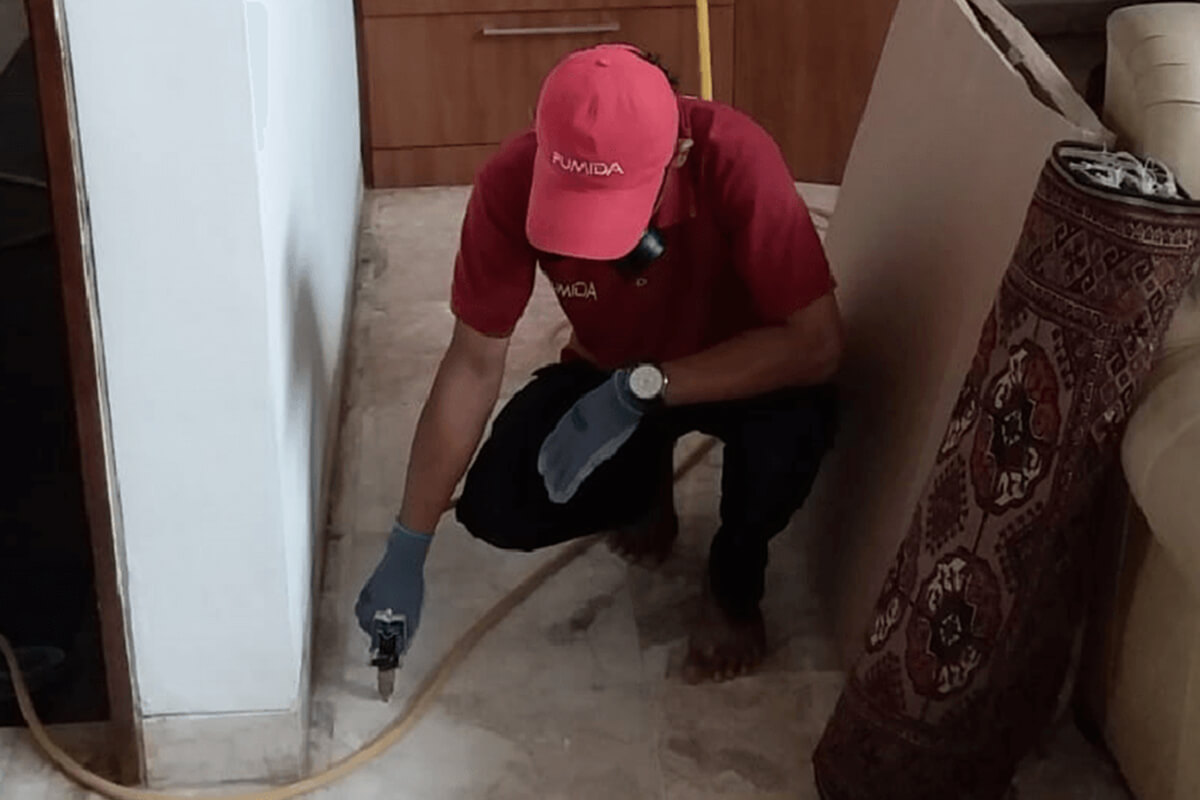 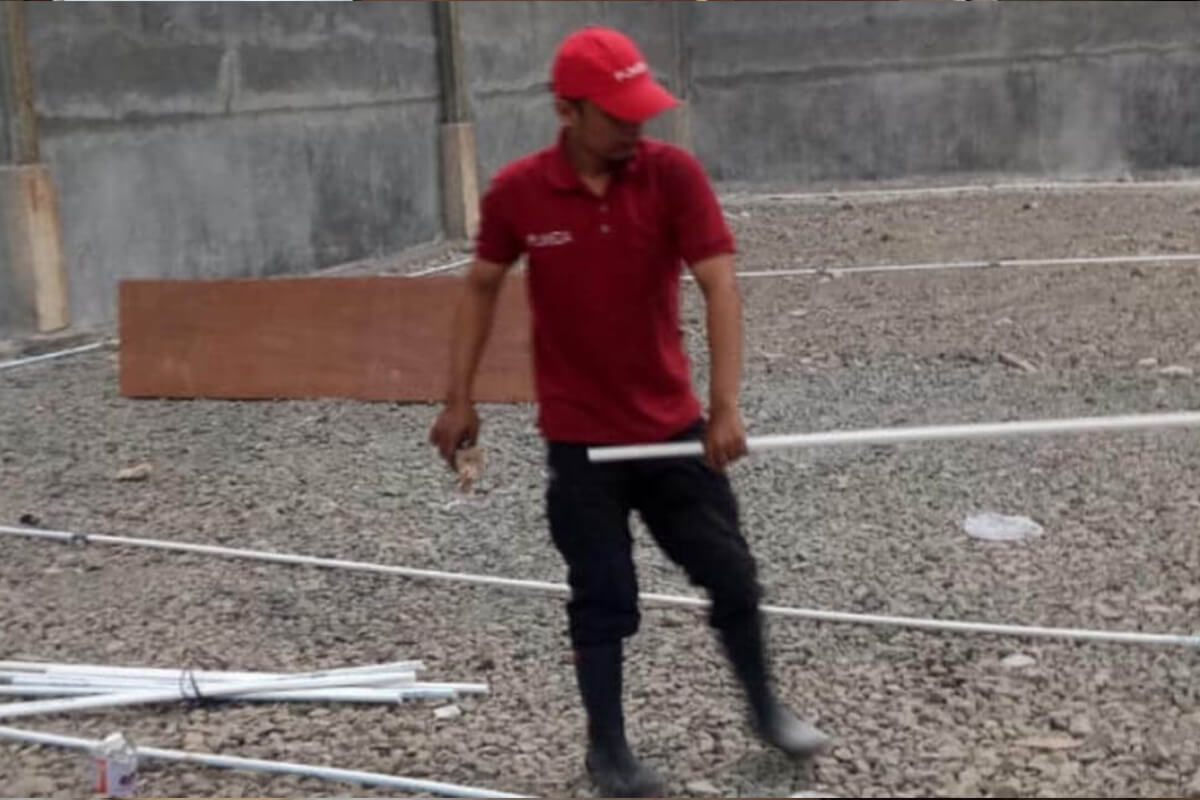 Anti-termite treatment services piping system is an anti-termite treatment which is done by planting PVC pipes into the ground around the foundation. The goal is as a chemical path that you can re-inject at any time without piercing your favorite floor. This treatment is usually carried out during the building before it is finished or when renovating your floor so that we can implant a pipeline into the ground. 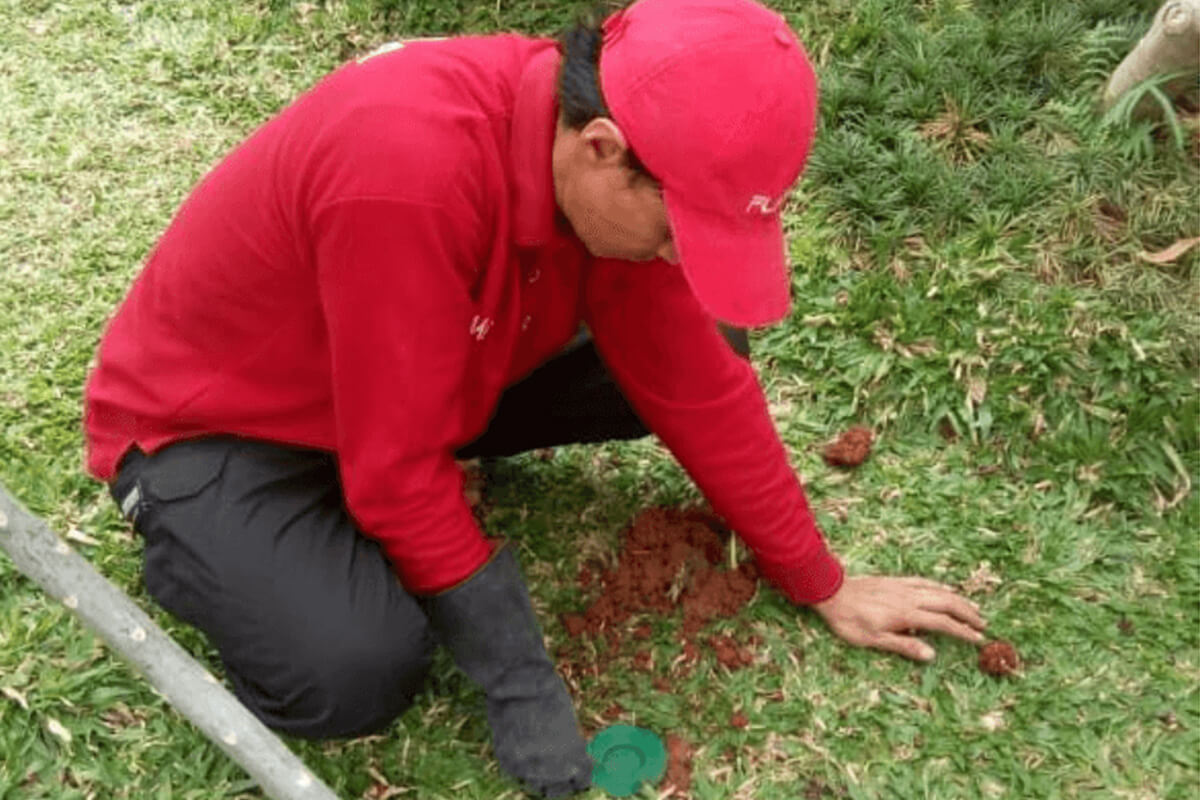 One way to eliminate termite colonies is to use a chemical bait method. If the bait installed is eaten by termites, it will cause death to the entire termite colony

FUMIDA is supported by pest control experts with decades of experience.

Get the best quality Anti-termites at competitive prices

With effective, innovative, and environmentally friendly methods from Fumida, you don’t need to worry about termite attacks

Don’t let the pest harm your property. Get protected immediately and make your home pest-free